As many of you know, my best friend is a very awkward man named Tas. I’ve frequently spoken about how awkward he is and how I’m trying to find him a girlfriend. While all this was happening, we would frequently get asked how long we’d “been together,” as if we were a couple. For about six years we would just explain that no, we’re not together and we’re just best friends.
But it seemed that everyone “shipped” us, so much so that when we announced on Facebook that we’re in a relationship we were both bombarded with messages all saying “congratulations” and “finally!”

So this is the story of how I met Tas…

END_OF_DOCUMENT_TOKEN_TO_BE_REPLACED 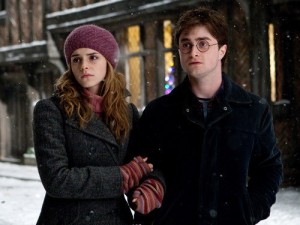 Can guys and girls ever just be friends?

It’s a question that’s asked a helluva lot, and has been debated since the dawn of time (not really but just go with it.) There’s been movies dedicated to finding the answer, and almost every TV show touches upon it, with a “will they won’t they” storyline forever present between seemingly good friends. But how does it work in real life, without having that perfect fairy tale ending that’s written for our favourite characters? Will there always be FEELS involved or is that just the media brainwashing us into thinking that we mustn’t ever attempt to be friends with with someone of the opposite sex, just on the chance that something may happen?

END_OF_DOCUMENT_TOKEN_TO_BE_REPLACED

It’s quite easy to make friends. Apparently. Of course, this pretty much applies to you when you’re in school/university/work, and that’s only because you’re forced to be around those people for prolonged periods of time. Generally, you don’t go walking up to strangers in the street, people sitting next to you on the train, or the group of friends sitting at the table next to you in a restaurant and suddenly become best friends. Generally.

I met my best friend, a year ago, in a very unlikely place – sitting on a street in Brixton.

Okay it sounds way weirder like that. Let me rephrase: I met my best friend Rebekah while we were both sitting on a shitty little street, in Brixton, in the cold, and shared wine and Jack Daniels. We were queuing outside O2 Academy because Slash was playing there that night (all hail Slash, for being bad ass, and for bringing the two of us together) and just suddenly decided to strike up conversation. Normally, that’s what I do at gigs anyway, just become 5-minute best friends with whoever I’m queuing around, and then go our separate ways once we’re inside the venue (& I won’t lie, that was what I thought was going to happen) but this time was totally different. We ended up telling each other about our whole lives, she expressed her shock at finding out the boy I was sitting with was actually my younger brother, and I even shared my alcohol. That hardly ever happens. Seriously.

The gig itself was fucking brilliant! Slash, in all his glory, proved to me again how he is one of the best performers around. He doesn’t even need to say a thing, his presence alone is enough to make the entire crowd his. He knows people go there for classic rock n’ roll, so he delivers it. The guitar solo’s are different, and longer than studio versions (in some cases way waaaaaaay longer…) and that’s incredibly refreshing! It’s nice to know he can just go on stage and bash out something different each time, and it’s good to know he cares about the show enough to change songs around for the fans. Myles Kennedy is beastly on vocals, as ever. Some fans won’t agree with him being a vocalist, and I’ve read numerous times how he should “not be allowed to sing Guns N’ Roses songs because he’s not Axl” which is total bullshit. I know it’s not the same, but that doesn’t mean it’s not good! The Conspirator’s were amazing, as ever, with Todd Kerns running around the stage, flicking his long, luscious locks… I even managed to get a pick from him!! Which, by pure Fangirl logic, means I got a pick from Slash (Todd tours with Slash, Slash needs picks, they may occasionally borrow/share picks, therefore, I have a pick Slash probably played with… It’s not the most perfect of theories but screw you, it’s Fangirl logic OKAY!?)

After the gig, the three of us (I was with my brother, remember?) crawled out of the venue in one sobbing, sweaty heap, and went looking for food. Naturally. I was slightly surprised Rebekah agreed to find food with us, I assumed she’d run screaming after seeing me at a gig. Anyway, we bonded further over KFC, and continued messaging each other over the next week, before deciding to meet up again. It’s never been awkward talking to her, and she genuinely knows more about me then people I’ve known for most of my life.

It just goes to show friends can come to you in the most unlikely situations. This whole post is for her, because she wanted some acknowledgments as being a fabulous friend (and for agreeing to proof read my future posts) to an aspiring journalist, just because – in her own words – “I’m gonna need credit in your life when you get all famous!”

Ha. Haha. You’ll be there all famous with me, babes!!