We already know that Foo Fighters are one of the headliners for Glastonbury Festival this year, but last night it was revealed that Kanye West will also be taking to the Pyramid Stage over the weekend.

This could either be a huge success or a gigantic fail. 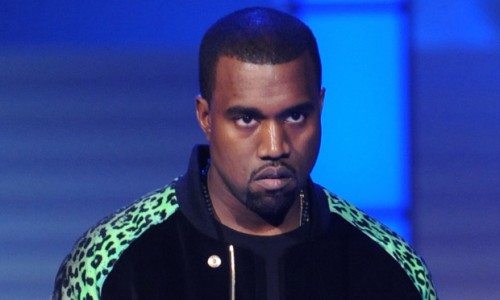 Kanye West was amazing. Note: I said ‘was.’

I hated his last album, Yeezus. I thought it was a joke that just wasn’t funny, but then it became clear that, actually, this album was serious and Kanye really thought he had created a masterpiece. Everyone I spoke to said the same thing to me: “Just keep listening to it, it will grow on you and you’ll see that it’s amazing! It’s sick!”

Those poor deluded fools are slowly seeing the error of their ways, and the brainwashing has stopped. They have started to realise that the album is horrendous and the worst thing Kanye has ever done. Seriously.

Around that time, he started going off the rails a little bit and completely changing. He used to be amazing, and was such an amazing performer. Now it seems that he uses his concerts to rant and lecture the audience into his way of thinking, and that’s not on!

Yeezus, people pay to hear you sing The Good Life, so enough with your 15 minute speeches mid-gig, please.

Also, I get that you’re proud of your wife and all, but posting EIGHT nude pics of Kimmy for getting 30 million followers on Twitter is just not needed or relevant. We get enough of that from her own damn social media accounts…

Glastonbury is such a high-profile event, and it’s a gig at one of the most prestigious festivals in the world, so there’s a very big chance that he’ll go OFF and deliver an entire sermon to Worthy Farm. On the other hand, he could use this chance to go back to classic Kanye, play all his hit tracks, and make the world hate him a little bit less than they do now.

I honestly don’t know whether to be afraid or not. Kanye, please, if you’re reading this – pre-Yeezus Kanye oNLY!

Since the announcement, one man, Neil Lonsdale, has launched an online petition to stop Kanye performing at the festival – not really sure how well that’s gonna work for him to be honest.

Kanye West is an insult to music fans all over the world. We spend hundreds of pounds to attend glasto, and by doing so, expect a certain level of entertainment.
Kanye has been very outspoken on his views on music… he should listen to his own advice and pass his headline slot on to someone deserving.
Lets prevent this musical injustice now!

Neil has even titled the piece “Cancel Kanye West’s headline slot and get a rock band.”

Well, as much as I hated Yeezus, I still have a lot of respect for Kanye because of his old stuff, and I think Neil is being a bit unfair – he was probably one of the people also campaigning for the removal of Jay Z from Glasto, and we all know how freaking iconic THAT performance turned out to be! I’m not saying Kanye will be on that level, but there’s a chance he can still redeem himself.

I still really need/want/NEED two tickets for Glastonbury (one for me, one for Harry), because Foo Fighters, so for the love of God, lend me your laptops and tablets so I have an entire fleet of computers that can be used to book tickets during the resale next month… Also if you’d like to donate to the #getSeetaltoGlasto2k15 fund, then ask for details on how to make a donation. I will also be setting up the campaigns #getSeetaltoDownload2k15 and #getSeetaltoReading2k15 so stay tuned for more info on these…